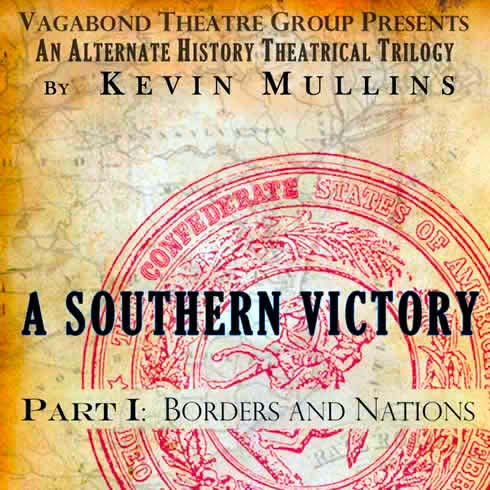 While I was at the Edinburgh Fringe Festival in 2010, I wrote the first act of a play called The Unfortunate Cutthroats. I took it to Vagabond Theatre Group and, that next summer, we went into rehearsals with an incomplete script, an incomplete cast, and an incomplete… well, almost everything. But we managed to scrape a half-decent production out by the skin of our teeth (thanks in-no-short-part to James Peter Sotis who had the unfortunate pleasure of directing Cutthroats) that clocked in at just over three hours in duration. Quite the arrogant move for a first-time playwright/producer who was also performing in the piece, and a valuable lesson in pride.

Soon after, I was granted the title of Literary Manager for VTG. To this day, I’m not entirely sure what a Literary Manager normally does but, in VTG, I was in charge of fostering and maintaining relationships with local playwrights, as well as managing our submissions log, and general dramaturgical duties.

Sometime in early-fall of 2013, I received a submission from Boston playwright Kevin Mullins for what would go on to be the biggest production I had ever worked on.

We were down to three people running the entire company, both of whom were there for the formation of VTG in 2009. We sacrificed marketing and advertising in lieu of the production itself, hoping word-of-mouth would work its magic. It was the first of many methodical sacrifices in what would be, without a doubt, the biggest undertaking I had ever taken on as a theatre artist.

It was called A Southern Victory, an original trilogy of plays depicting the United States preparing for World War II in a universe where the confederacy won The Civil War that, after two-and-a-half years of development, would be produced in repertory with a vibrant cast of twelve in March, 2016 at Boston Playwrights Theater.

But the real work began about two years prior one night at the late Factory Theatre on Tremont Street.