How to Join the Blackpool Combat Club in 10 Easy Steps 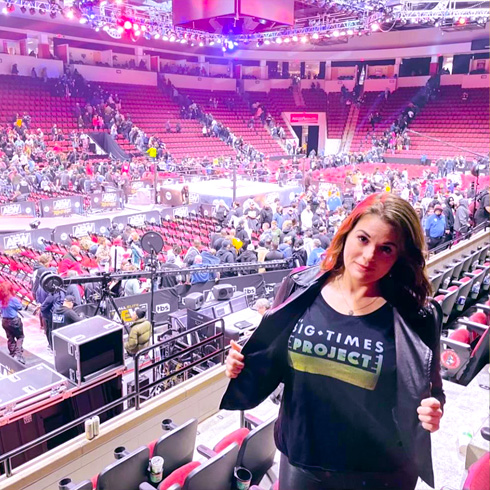 The Blackpool Combat Club is a brutal but elite, not-so-secret society within All Elite Wrestling (AEW).  The original members are “the perfect wrestler” Bryan Danielson, the volatile mercenary (but also kind of man-of-the-people?) Jon Moxley, and legendary manager William Regal, and lucky for you, they’re open to new recruits.  Now, not just anyone can join the Blackpool Combat Club but after attending my first AEW live show on April 6, 2022, in Boston, at which “Dynamite” aired live and that week’s “Rampage” was pre-recorded, I… yes… I of all people, have cracked the code and discovered the way in, and it turns out that it’s just 10 easy steps.  I will share them with you here. 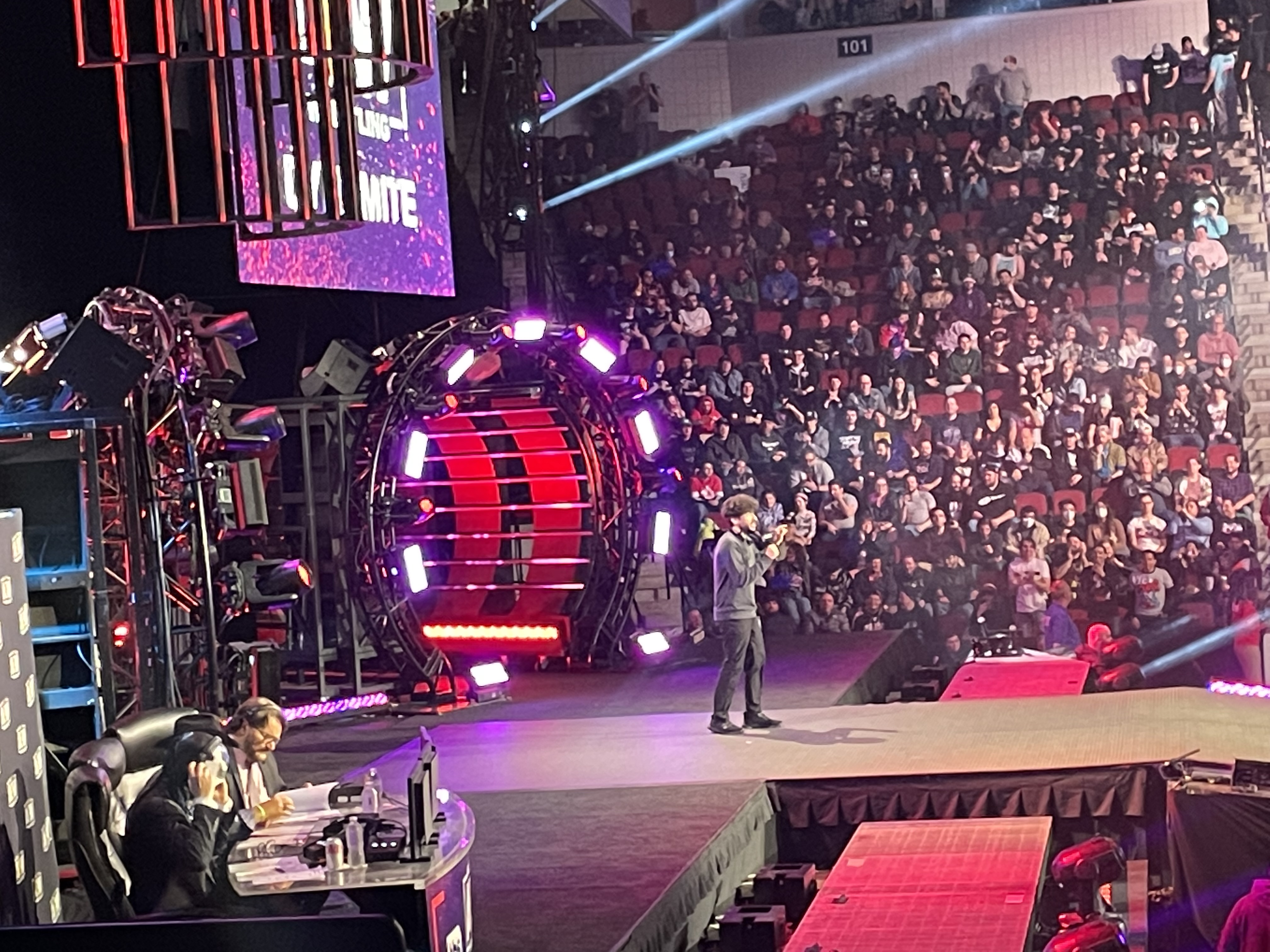 2. Make sure your name has 2, 3, or 4 syllables.  No more than 4 and definitely no other odd numbers.  If you’re going with the odd number of syllables, make sure you fight someone with an even number.  It needs to be easy for the crowd to use in dueling chants.  “Let’s-go-Chris-tian!” from one half of the crowd can be elegantly met by the other half with a simple, insistent call of “Ad-am-Cole!”  Perfection.  More syllables = more problems.

3. And speaking of the crowd, embrace audience participation.  This, of course, means playing to the crowd in both words and actions to pump them up during your matches, but it also means giving them a certain amount of control in the story of your life.  For example, if you recently fired your assistant and screwed him over in the process, you will most certainly need to hang posters around the arena that bear his face and have instructions to keep him out of the building.  Should the audience begin calling for your ex-assistant, you have to know that these thousands of voices are going to summon this man from the depths of the arena.  This is good.  See:  MJF and Wardlow.

4. Know your brand.  Just being fast or strong or attractive is not good enough.  For example:  Are you that bitch?  No, you’re not.  You are not that bitch.  Jade Cargill is that bitch and you need to gtfo the way.  The hair.  The shoes.  The shades.  The muscles.  The sequins.  Jade Cargill will crush your skull without taking off her Louboutins.  You will never be that bitch because Jade is that bitch and you should grovel before her in hopes that one day she’ll allow you to sit in the Baddie Section.

5. Respect the stage manager/production coordinator woman who (surprise!) is sitting behind the announcer table’s back wall for much of the show.  She brings the announcers printouts of talking points, replaces the batteries in their headsets, helps clean up streamers that litter the stage after a big entrance, and generally gets shit done.  Bostonians will easily recognize her, as she performs in the costume of Boston small theatre icon Laurie Singletary.

6. Get Shakespearean.  If your show is two hours long like “Dynamite” is, there will come a point when you need to shake people up with some excitement, surprises, and rapid action.  Remember how Act V of Shakespeare’s Julius Caesar kicks off with the big offstage battle? The bard gives us lots of short scenes of 2-3 characters scrambling to the top of a hill to frantically discuss the proceedings, plan their next move, and dive back into the fray.  Do that when your match falls in the middle of the night’s line-up.  Tell your allies that as soon as the match ends, they need to run to the ring, even if they’re not fighting that night, and pummel someone – ANYONE, and then run back up entrance runway to the big stage where they will proceed to trash talk and thrown down challenges to anyone who opposes them.  They may need to do this more than once, but the key is for it to be a series of distinct moments that happen very, very fast.  Bonus points if your reinforcements come in the form of a giant green dinosaur.  I’m looking at you, Luchasaurus.

7. Make it a musical.  Sing or rap your own entrance song if you have that skill.  Ideally live (The Acclaimed) but prerecorded will do in a pinch (Chris Jericho, who did not fight on this particular night but it still bears mentioning).  Choreograph your movements to the beat drop in the music (Swerve Strickland).  Sit in a black chair and do some Fosse (Shawn Spears).  Power pose as the post-fight outro begins and you watch your scene partner finish their big moment.  Turn with flair and walk with determined purpose as you exit.  For a masterful example of the last two in combination, see William Regal at the end of Bryan Danielson’s match with Trent Beretta.  This is truly advanced-level work.

8. Recognize that this is all just a farce.  Ever seen Noises Off by Michael Frayn?  You don’t need to build a reversible set!  You can achieve the same effect using video to share those backstage shenanigans.  You never know when somebody’s about to get jumped (Eddie Kingston and friends ambushing the Jericho Appreciation Society), pop out of a trash can (Danhausen), or confess how they feel betrayed by their former mentor (Jay Lethal getting all vulnerable about Samoa Joe).

9. Side note:  Consider training with Cirque Du Soleil?  Where’d the Young Bucks learn how to do all this tag team acrobatics?!?!  Whenever pro-wrestling is described as “costumed murder gymnastics,” these gentlemen’s work should be the textbook example.

10. And most importantly, be ready to bleed for your art.  The Blackpool Combat Club doesn’t expect you to sign a contract or swear an oath, but they will be hella impressed if you pledge allegiance by scrawling BCC on your torso in your own blood.  Bring wet wipes.

And that’s it.  That’s literally all you have to do.  I believe in you.  I look forward to your BCC initiation ceremony.